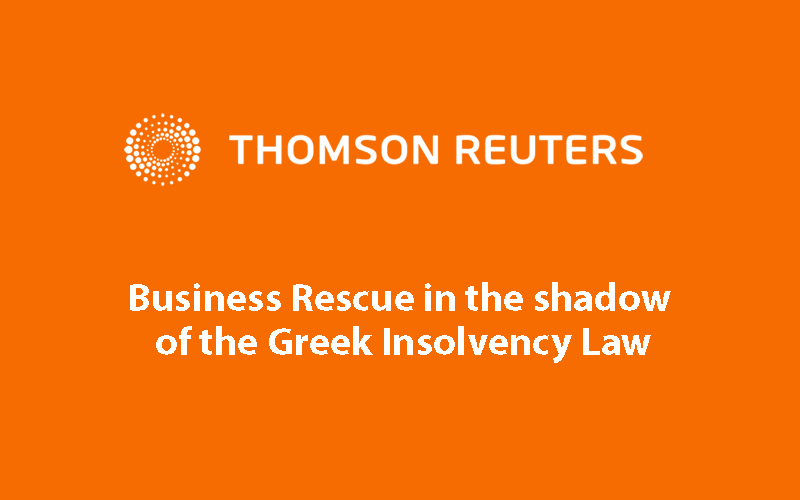 The battle against Crypto-Asset fraud

An interview with our Managing Partner, Mr. Elias Neocleous, has recently been published in the Insider magazine.

Business Rescue in the shadow of the Greek Insolvency Law

Laws in various jurisdictions provide for statutory, court sanctioned tools that are designed to rescue distressed companies. However, are they effective in their role? Can there be any alternative to the formal rescue proceedings?

These questions became particularly important for Greece, where rates of corporate failure became excessive, in an environment of macroeconomic adversities unique in the European Union. Our associate, Ioannis Sidiropoulos, published an extended article in Issue 8 of the Journal of International Banking Law and Regulation, which analyses reasons for corporate failure in Greece and proposes that informal, out-of-court rescue procedures can be an alternative.

The article presents important factors of corporate failure, like excessive taxation, state interventionism, hyperactive labor unions, insufficient management, excessive borrowing and a lack of market understanding. There is also reference to the negative role that banks played in the relevant period. Then it proceeds to its main point which is the presentation of the informal out-of-court proceedings, stressing their dogmatic compatibility with the legal systems and, mainly their advantages, like secrecy, flexibility, cost-effectiveness and speed. Finally, the importance of the cultivation of a strong rescue culture is projected as a crucial part of the effort to make the economy, as a whole, and companies, in particular, more resistant to failure. Despite the focus on Greece, valuable conclusions can be drawn for other distressed economies, as well.

Apart from the printed version, the article can be found in a digital form in the Practical Law platform, in the link:

PrevPreviousCyprus as a Regional Trade and Financial Services Centre – The way ahead?
NextChange of Fees and Dues for Ocean Going Commercial Cyprus ShipsNext