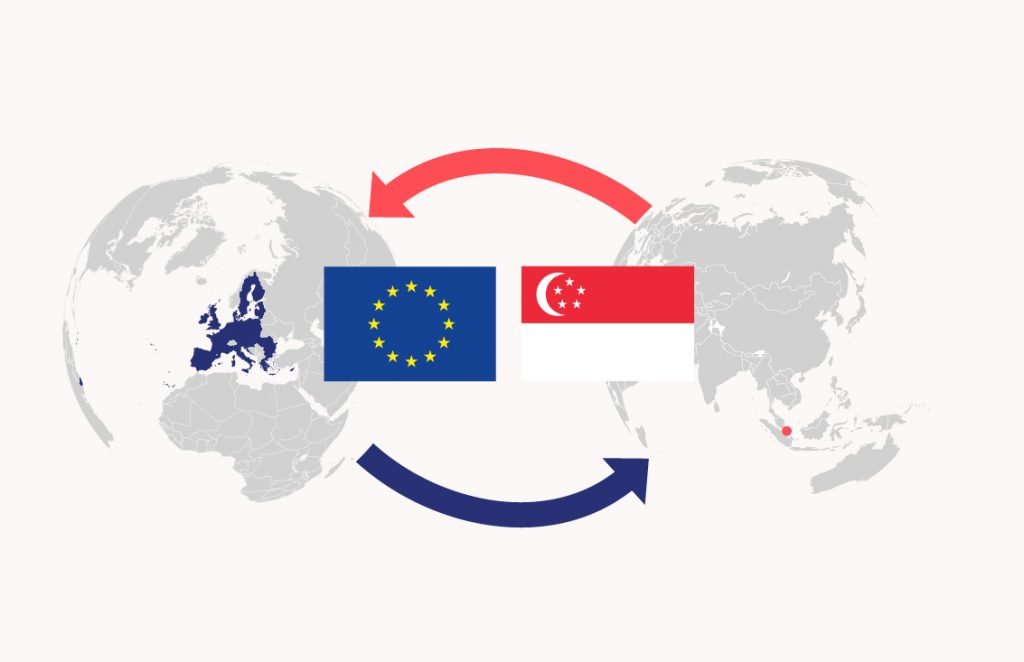 On 21st of November 2019 the EU-Singapore Trade Agreement (“the Agreement”) entered into force.  The Agreement is the 16th trade agreement the EU has ratified since 2014. Importantly, it is also the very first trade agreement made with a country which is a member state of the Association of South East Asian Nations (“ASEAN”).

Taken as a whole, ASEAN is the EU’s third largest trading partner outside Europe (after the US and China). It is projected to become the world’s fourth largest economic bloc by 2030. Ensuring better access for EU exporters to the dynamic ASEAN market is a priority for the EU.

That the EU should focus its efforts on securing an agreement with Singapore ahead of the other ASEAN members is unsurprising. Singapore is the European Union’s largest trading and investor partner in ASEAN.  Bi-lateral foreign direct investment stock between the EU and Singapore has grown rapidly in recent years reaching a value of approximately € 344 billion in 2017.  In 2018 the total bilateral trade in goods amounted to in excess of € 58 billion (2017 €53 billion) and in 2017 another € 51 billion was exchanged in services. Singapore is host to over 10,000 EU companies, many of which regard it as a hub-country for serving the entire South Pacific region.

Facilitating open, fair, and rules-based trade has been a priority of the EU since 2014. The focus of effort has been on the creation of a network of like-minded partners of which Singapore is now a member.  European Commission figures suggest that, since 2014, trade has created approximately 5 million new jobs in the EU and, it has contributed to the employment of over 30 million people.  These statistics, combined with the fact that trade accounts for 35% of the EU GDP, demonstrate the importance of trade expansion to the continued prosperity of the EU.

With the Agreement now in force, Singapore is expected to remove all remaining custom duties on EU products.  It is also expected to remove certain other trade barriers by, for example, accepting certain EU standards of safety regarding safety tests for cars and many electrical appliances, or, by accepting labels used by EU companies for textiles. The provisions of the Agreement facilitate new opportunities for service providers, especially in telecommunications, IT and the maritime field. Through time, as the provisions of the Agreement are implemented and its influence on trade is more evident, experts are expecting the EU-Southeast Asian market to become more predictable and more efficient.

In the meantime, an investment protection agreement between Singapore and the EU has also been concluded. This agreement is expected to come into force once it has been ratified in all EU Member States.

PrevPreviousISO 9001:2015 Certification
NextThe Cyprus Commission for the Protection of Competition clears the biggest mall in Cyprus of allegations of concerted practices and abuse of dominant positionNext