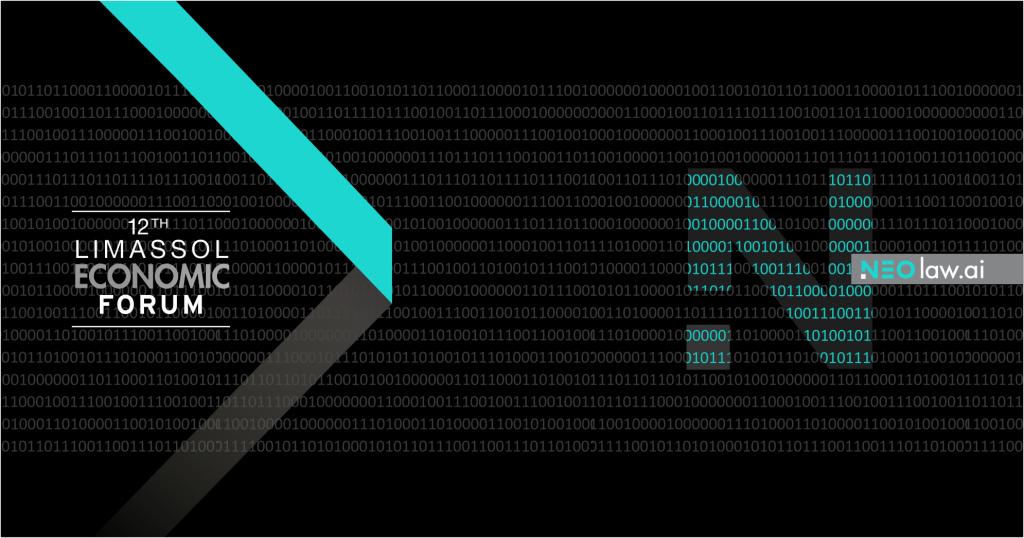 Having established itself as the “biggest and most prestigious business gathering in Cyprus”, the 12th Limassol Economic Forum (‘LEF’) took place at the Four Seasons Hotel on 22nd October 2021.

Each year, LEF offers a stage to pioneering political, economic, professional and business figures to discuss and present the latest developments and innovations in their respective fields. Never has this been more evident than at this year’s event for which the theme was “the impact of the pandemic, and in particular its effects on business”.  A succession of impressive speakers were on hand to explain the specific difficulties that the Covid 19 pandemic had caused their organisations and how they had both adapted and innovated to overcome them.  For many, this had resulted in the disruption of long-established working patterns and the creation of a new, more efficient, and more responsive ‘norm’.

Sadly this year’s Forum was preceded by the death of one of the original supporters of LEF, Mr. Andreas Neocleous.  LEF organisers, IMH, set aside time in the busy programme to pay a special tribute to him. Representatives of IMH described Mr. Neocleous as “one of the instigators of the annual Limassol Economic Forum, while his Law Firm and he personally were both longstanding supporters of the Forum from its very first incarnation”.

Elias Neocleous & Co LLC continues this legacy of support by acting as a Gold sponsor of LEF.  The firm is also actively engaged as a participant in the event.  This year Managing Partner, Mr. Elias Neocleous, was one of the key speakers, and the firm was one of the main exhibitors, using the event to launch its revolutionary legal technology solution “NEOLAW.AI”.  Members of the NEOLAW.AI team were on hand to display the capabilities of this innovative legal tool to an impressed audience.  Powered by machine learning and AI, and utilizing a natural language processing system,  NEOLAW.AI looks set to become the sole legal assistant for lawyers, legal consultants and law students in Cyprus.

Mr. Elias Neocleous, was an animated panel member alongside other prominent business people and professionals discussing life ‘after Covid’. He was keen to stress that the pandemic had provided, via the closure of courtrooms,  a spur to the search for alternative methods of providing legal services.   He believed, undoubtedly, that the key to future success lies in technology.  Properly applied this should eventually render services provided, more efficient and of a higher calibre, both of which are features desirable to clients. The NEOLAW.AI tool serves as a perfect example of this strategy.

Certainly, the 12th Limassol Economic Forum once again successfully acted as a conduit for of innovative dialogue, leaving its attendees with much food for thought and an appetite for LEF 13!

For more information on this or any other story please refer to your usual contact at Elias Neocleous & Co LLC.

PrevPreviousDisclosure Orders and the 2013 Banking ‘Haircut’.
NextTaxation of cross-border investments in and from CEE countries 2021Next